CXXVII. Snake in the Grass

June 8, 2014 — I didn’t see the snake until I tripped over it. It was a long, silver-gray snake lying in the grass in the back of my backyard, under the shade of the trees, where Wallie and I were moseying. I am Wallie-sitting again this weekend for my friend’s Bichon-Poo. Wallie didn’t notice the snake. He was riveted on the scent of rabbit. I suspect so was the snake. We stayed out of the back of the yard for the remainder of the day. 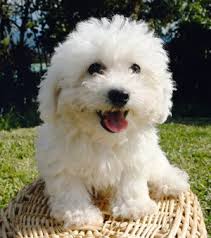 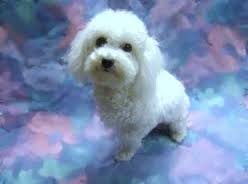 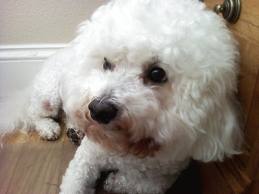 A few days ago, I encountered my neighbors who live behind me inspecting their vast, cyclone-fenced yard. They were afraid to mow their lawn on their rider mower for fear of mowing down baby rabbits. Two mothers had made rabbit holes in their yard and were out monitoring their offspring. The baby bunnies, two to three inches long, were hopping around in the grass.

Two nights later, near midnight, the barred owl hooted, and hooted, loudly and exuberantly, from a tree near the neighbors’ yard. Then the owl actually cackled. It sounded like the Wicked Witch of the West making a flyby. The barred owl call is sometimes defined as sounding like “who-cooks-for-you?” But, why take the time to cook it when you can eat it fresh and raw. A tiny creature squealed and squealed. And, then all went silent. Midnight fare. 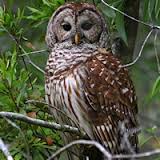 The hoot of a barred owl:

This morning Wallie and I ventured to the back of the yard. I wanted to see in broad daylight if the snake was still there. It was. It hadn’t moved. I stepped closer. Still life: a hollow skin, no head, no tail. 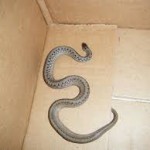 The snake had apparently shed its skin right there in my backyard and slithered away. Wallie sniffed it and said, “Whatever.” No bunnies in the yard, either. Wallie checked around the rabbit hole under my shed. He found nothing enticing. Maybe the rabbits were napping in their warren. They come out mostly at night and eat the clover. I have seen no baby bunnies in my yard, although I don’t go out there to inspect daily. Maybe the babies met unseemly ends. Or maybe they were nestled safely away from the snake.

I was sitting on my front porch one afternoon last week when a car pulled up in front of my house. A black man with a Deep South drawl leaned across his woman companion in the passenger seat and called, “Hey! How y’all doin’?”

He got out and called across the top of the car, “I just wanted to make sure it’s all right if I park in front of your house.”

His woman kept her head down, as if studying something in her lap.

“I have to stop at your neighbor’s house; so I wanted to ask. I’m from Alabama.”