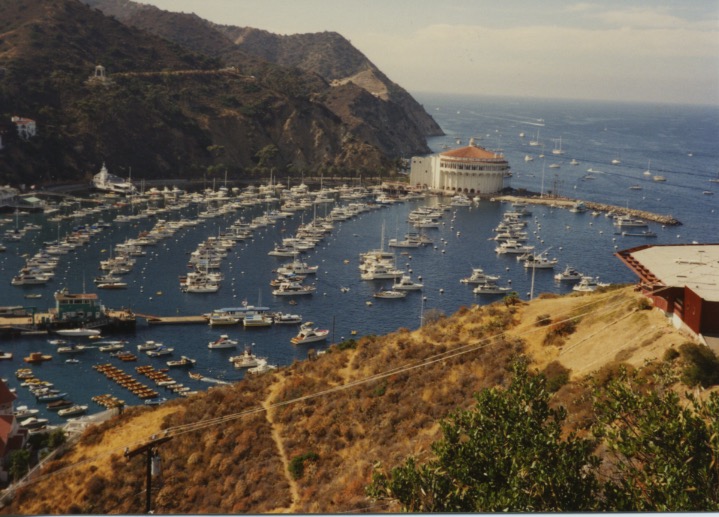 Santa Catalina Island was discovered in 1542 by Juan Rodríguez Cabrillo, a Portuguese explorer sailing for the Spanish crown. He christened the island San Salvador and claimed it for the Spanish Empire. Spanish explorer Sebastian Vizcaino rediscovered the island in 1602, and since it was St. Catherine’s Day, named the island Santa Catalina. That was long after the Native American Pimugnans or Pimuvit and their antecedents had settled here around 7,000 years ago, as archaeological evidence shows. These were people of the Gabrielino/Tongva tribe. They spoke an Aztec related language and they paddled their plank canoes regularly between the San Pedro and Playa del Rey (Los Angeles County) mainland and the island for trade, particularly their soapstone for other items. The Pimugnans called the island Pimugna or Pimu. Of course, the Spaniards brought diseases which wiped out most of natives. Yet, there are people living in Southern California today who have Gabrielino ancestors. Eventually the island was transferred from the Spanish Empire to Mexico and later, to the United States. Santa Catalina is one of the Channel Islands of California. 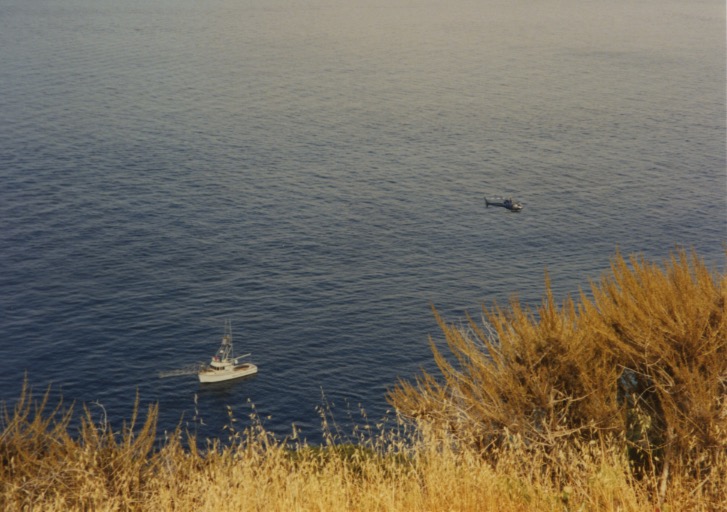 Over the years the island served as a stop for the usual array of smugglers, gold diggers, pirates, hunters, the Union army, missionaries, a chewing gum magnate and sunbathers. 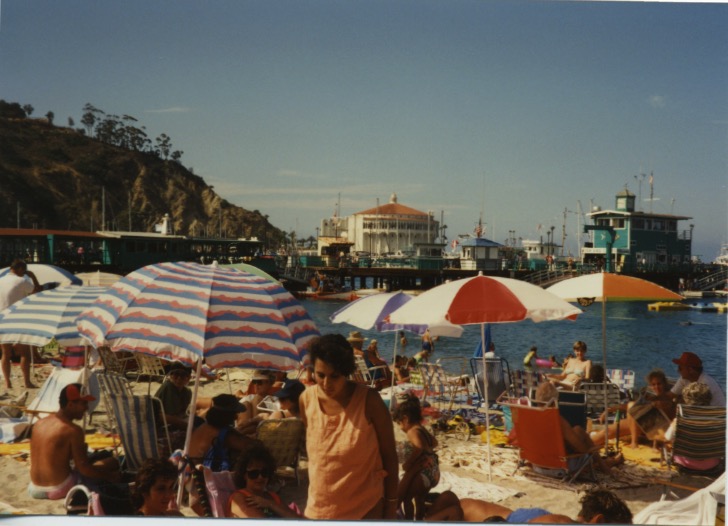 After a series of owners and failed attempts to establish Santa Catalina Island as a resort, the sons of Phineas Banning bought the island in 1891. Phineas Banning (1830-1885), financier and entrepreneur, was born in Wilmington, Del., moved out West, founded Wilmington, Calif., and the Port of Los Angeles. He operated a freighting business and stagecoach company. The Banning Brothers established the Santa Catalina Island Company to develop a resort. They built the city of Avalon and established beach areas, a hunting lodge, a guest lodge and stagecoach tours. Then a fire burned down half of the buildings in Avalon in 1915. The First World War had begun the year before, and hard times ensued. 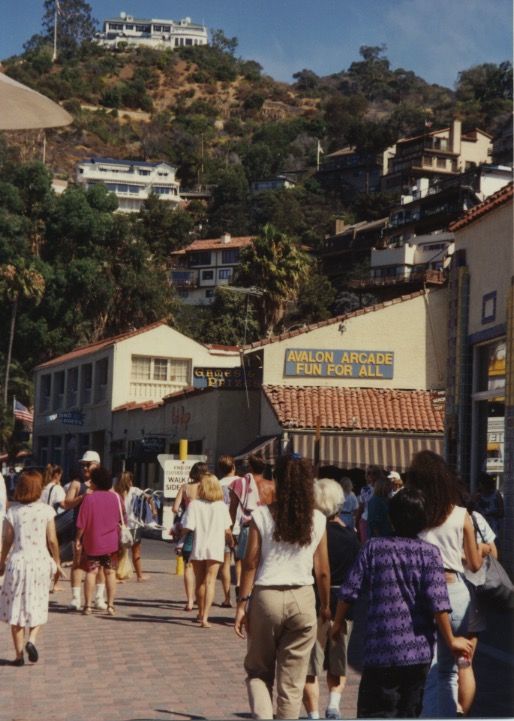 The Bannings were forced to sell the company in 1919. William Wrigley Jr. (1861-1932), the chewing gum founder, born in Philadelphia, Pa., bought nearly all the stock in the company without having seen the island. This event recalls those who, sight unseen, invested in and thrashed through Florida swamp with large fly swatters at about the same time. William Wrigley’s view when he finally arrived on Catalina, however, convinced him to buy out the other investors to become sole owner of the Santa Catalina Island Company. 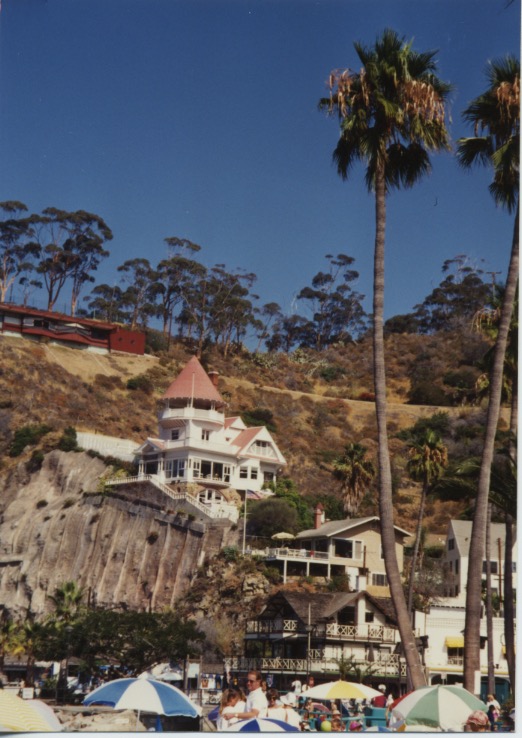 Wrigley Mansion. The hillside beneath is shored up.

Wrigley invested millions in the island and in 1929 built the iconic art deco/Mediterranean Revival style Catalina Casino, which has the world’s largest circular ballroom. Besides the ballroom, the structure rises to the equivalent height of a 12-story building and houses a museum and a movie theater specifically designed for sound talkies. The island served as a military training facility during the Second World War and was closed to tourists. 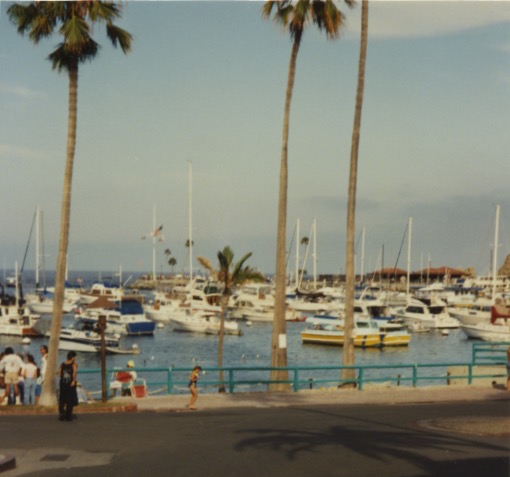 Many Hollywood movies have been made on Catalina, starting from the days of silent film. 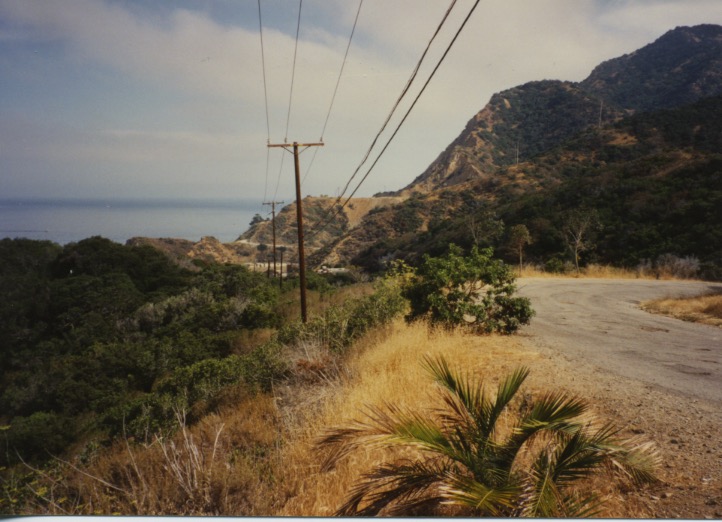 Today the descendants of William Wrigley Jr. continue to own the Santa Catalina Island Company and carry on his vision to develop Catalina as a world class island resort. Eighty-eight percent of the island is protected by the Santa Catalina Conservancy, a nonprofit private land trust founded in 1972. 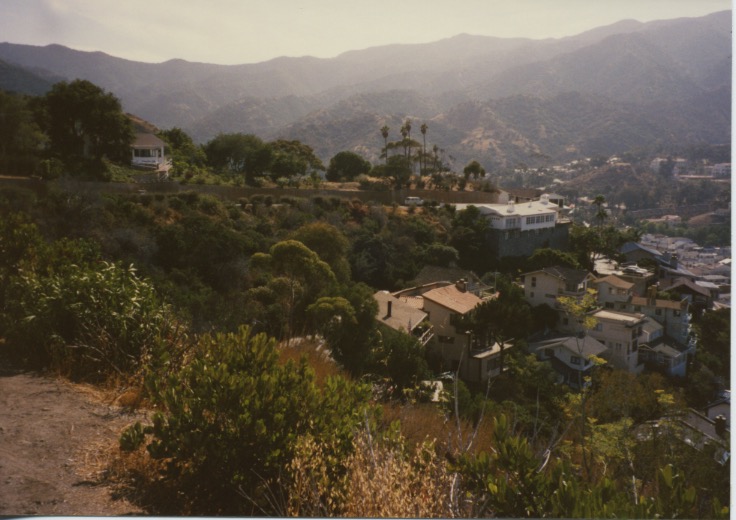 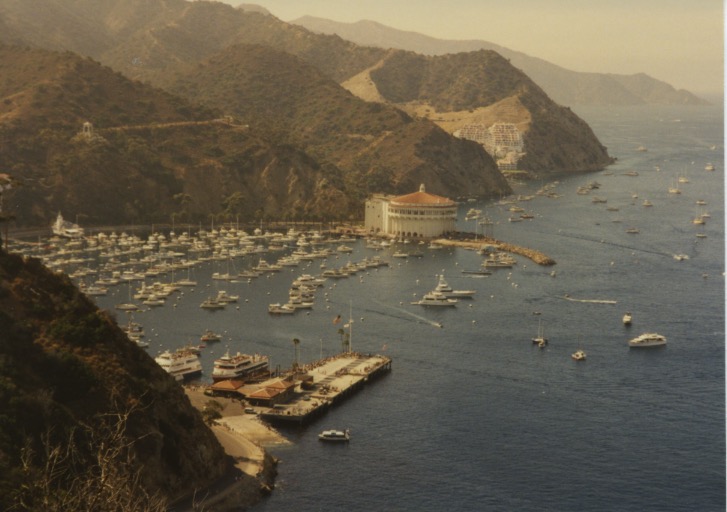 The Santa Catalina 2010 census human population is 4,096; the buffalo population is maintained at 150-200. The 14 original buffalo were flown in to be movie extras in 1924. The highest peak, Mount Orizaba, is 2,097 feet (639 m.) above sea level. The island is 22 miles long and eight miles across at the widest point. Boats carry passengers across the 20-26 mile Gulf of Santa Catalina from the mainland to the island in an hour, with up to 30 departures a day, year-round. Almost no gasoline powered vehicles are permitted on the island; there is a 14-year waiting list to bring a car onto the island. Residents and tourists roam the island by golf cart, bicycle or foot. Buffalo roam the hills by hoof. 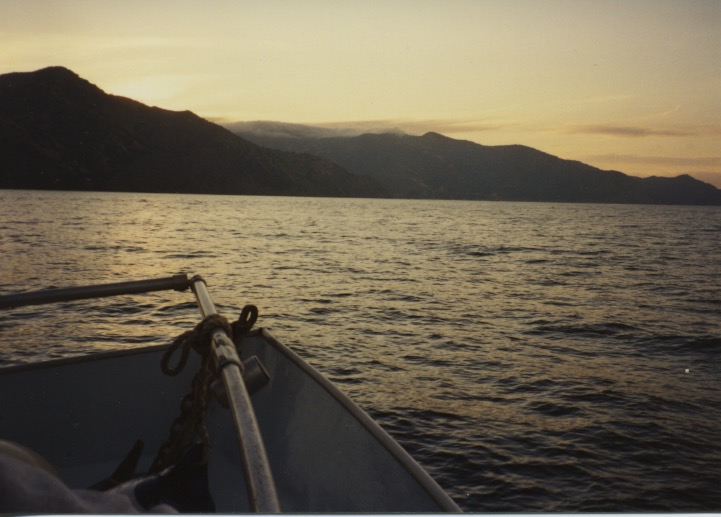