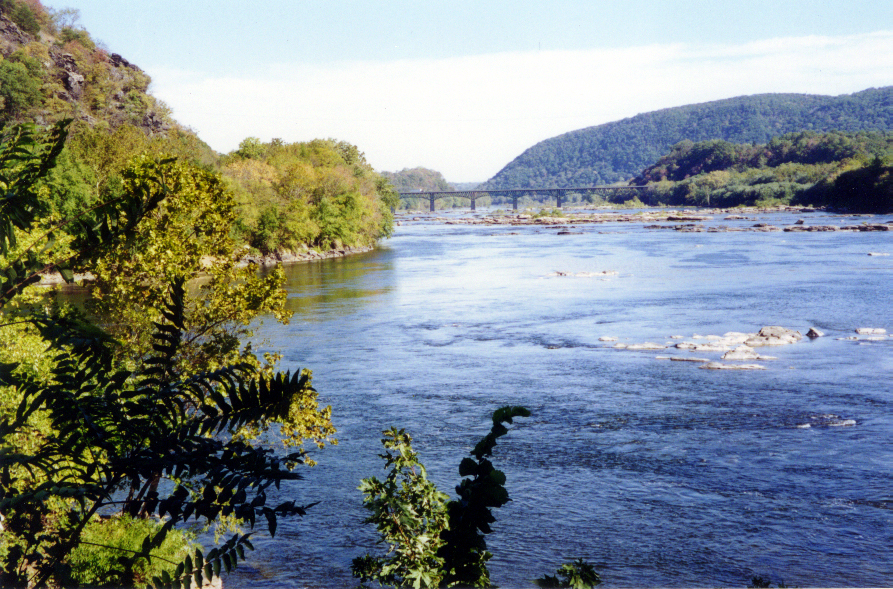 Harpers Ferry, W. Va., is located where the states of West Virginia, Virginia and Maryland meet, situated at the confluence of the Shenandoah and Potomac (uppermost) Rivers, as you can see in the photo above.

Quaker colonist Robert Harper was granted a tract of land here in 1734 and in 1761 he built a ferry across the Potomac, opening the way for settlers to move into the Shenandoah Valley. In 1763 the Virginia General Assembly established the town of “Shenandoah Falls at Mr. Harper’s Ferry.” In 1796 the federal government purchased a parcel of land from Robert Harper’s descendants and built an arsenal there in 1799. The Chesapeake & Ohio Canal reached Harper’s Ferry in 1833, linking the town to Washington, D.C., and a year later the Baltimore & Ohio Railroad came through. On October 16, 1859 abolitionist John Brown led a raid on the arsenal, hoping to use the weapons to initiate a slave uprising in the South. The first shot fired alerted residents even from surrounding towns. Lieutenant Colonel Robert E. Lee was called from leave to lead the expedition against the raiders, with Lieutenant J.E.B. Stuart as his aide-de-camp. In the end, Brown was tried for treason and hanged. It is said this raid was a catalyst for the American Civil War.

Not surprisingly, since the lower part of the town is built on a flood plain, Harpers Ferry is prone to devastating inundation. A guide pointed out to me the waterlines of the Johnstown flood and other floods high up on the walls of the buildings.

Thomas Jefferson, who visited Harpers Ferry on October 25, 1783 with his daughter Patsy, called the site “perhaps one of the most stupendous scenes in nature.” I agree with Thomas Jefferson on a number of things and this is certainly one. Everywhere I looked, I wanted to take a picture. I could not stop. I remember my mother and her poodle BeeGee patiently sitting on a bench while I ran hither and thither photographing everything. I hope you will enjoy these scenes I have posted here. 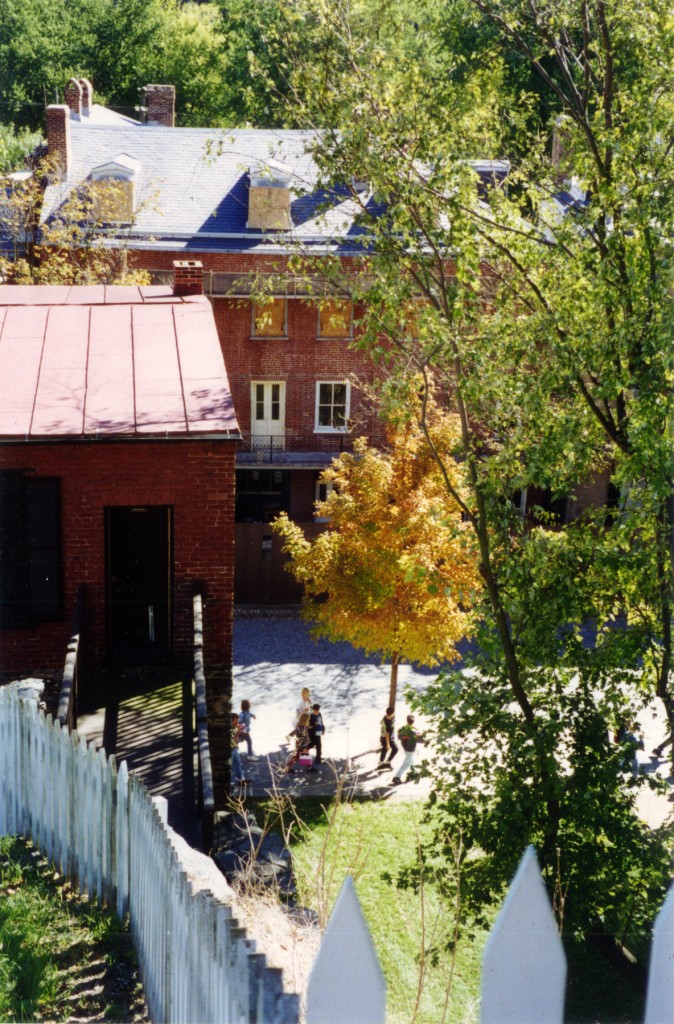 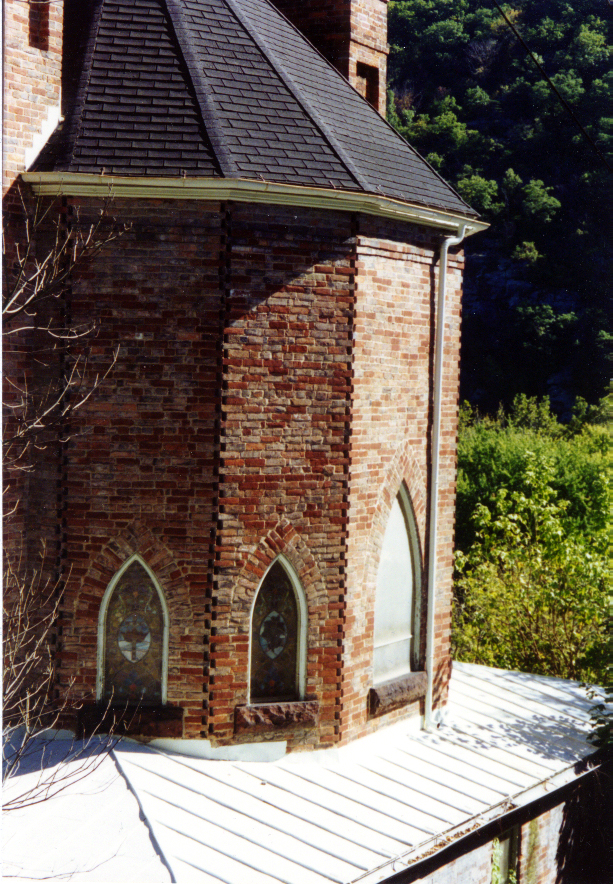 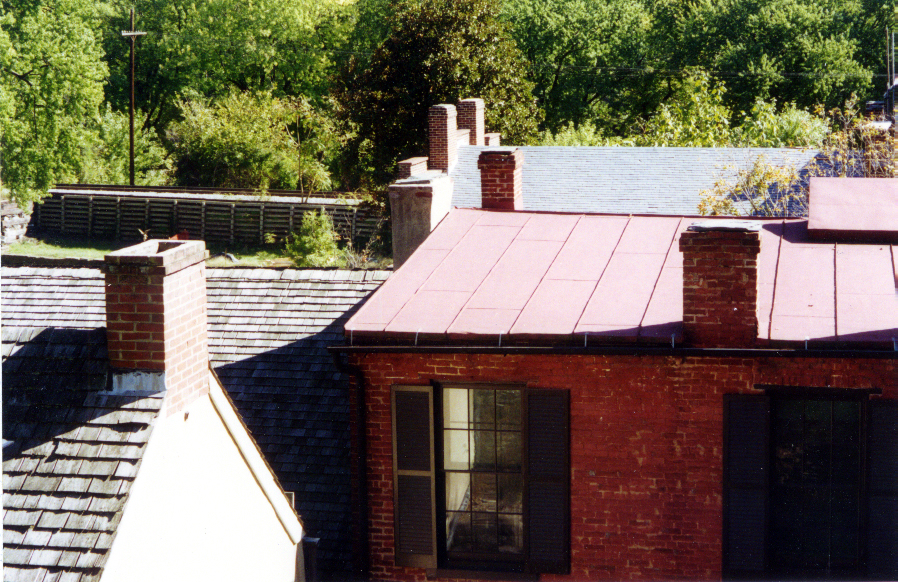 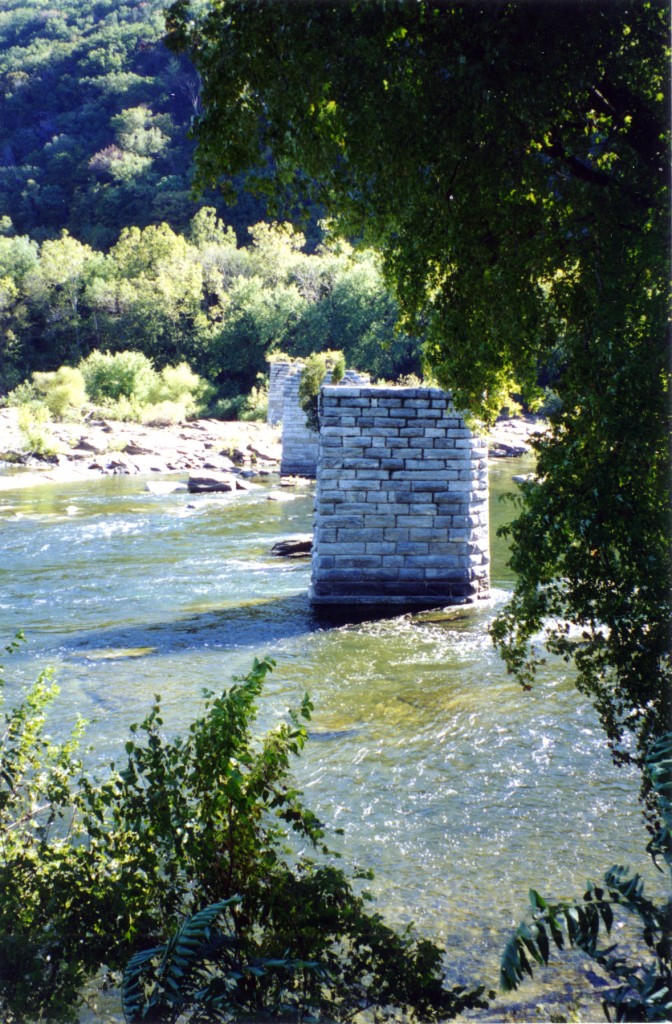 Piers for an old bridge crossing the Shenandoah. 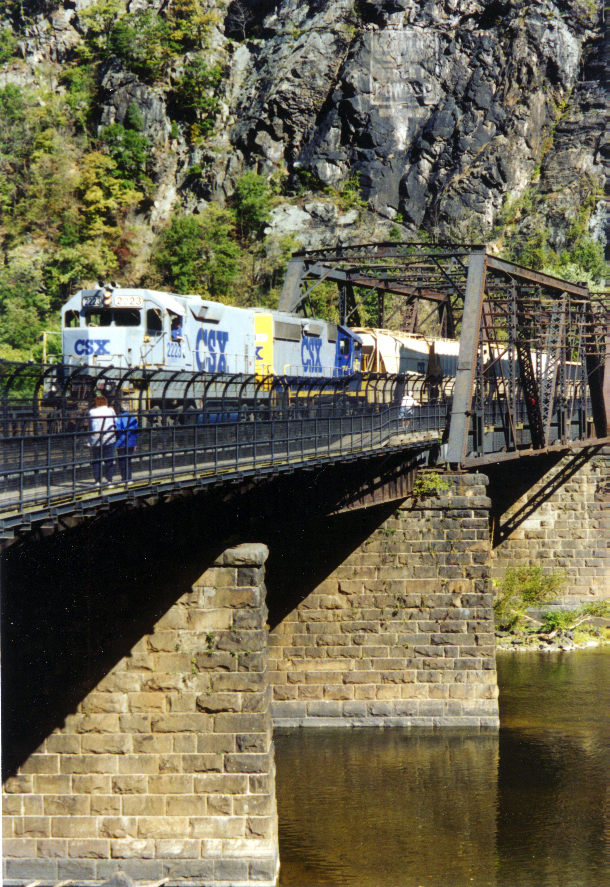 This is the B&O Railroad track crossing the Potomac. 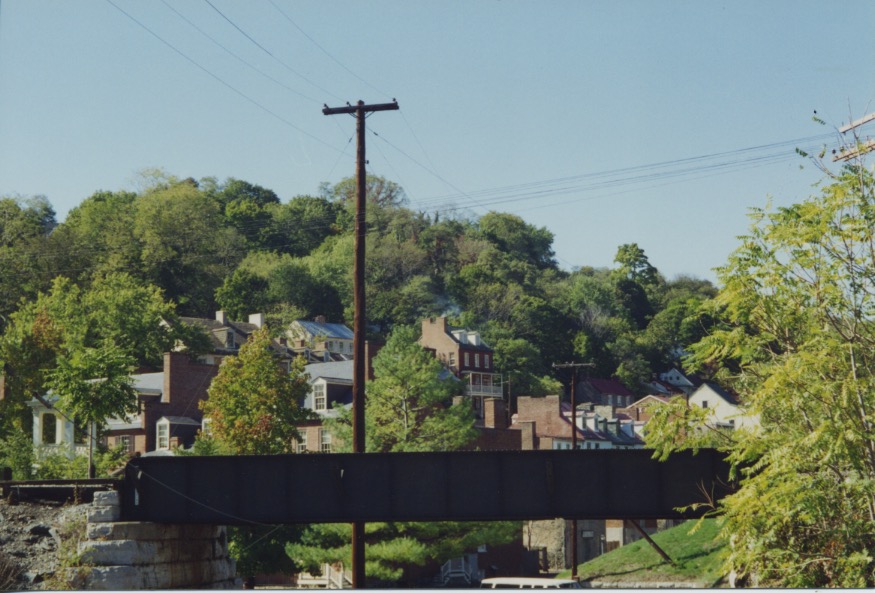 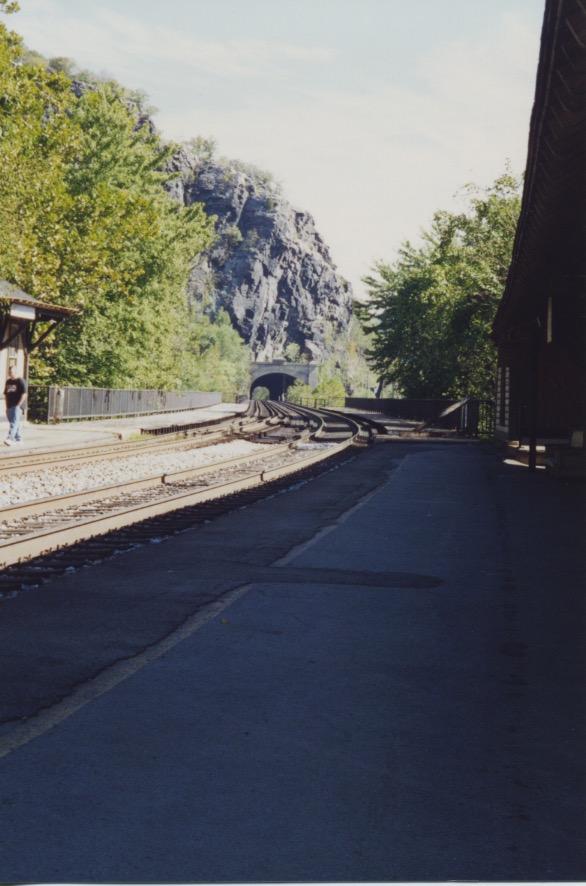 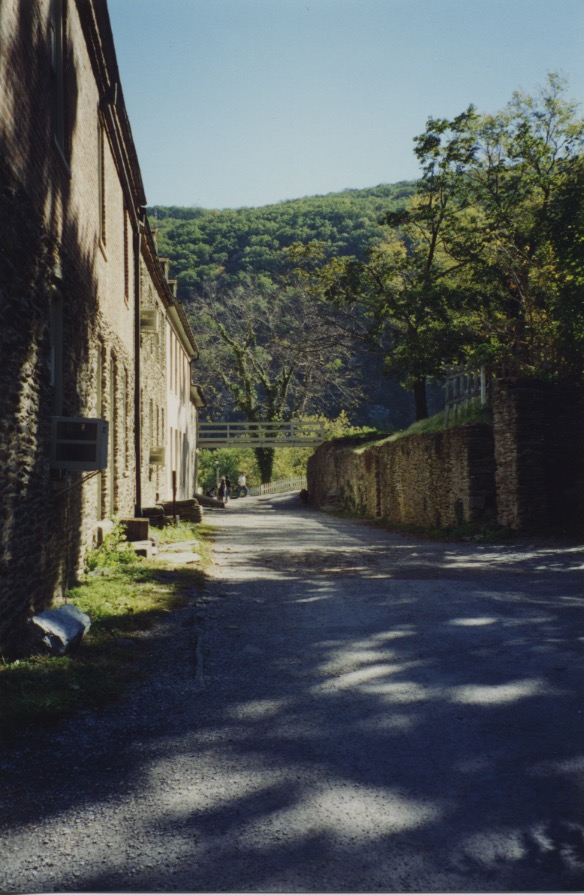 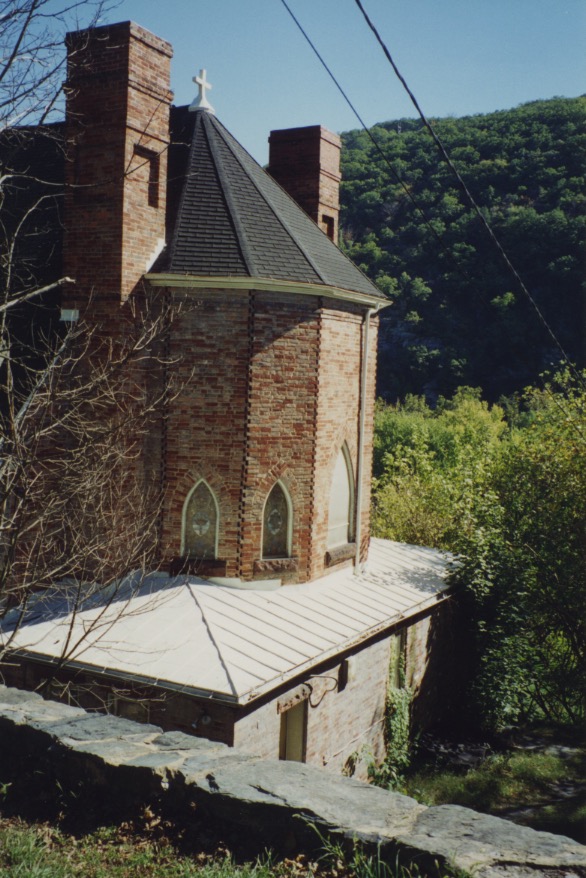 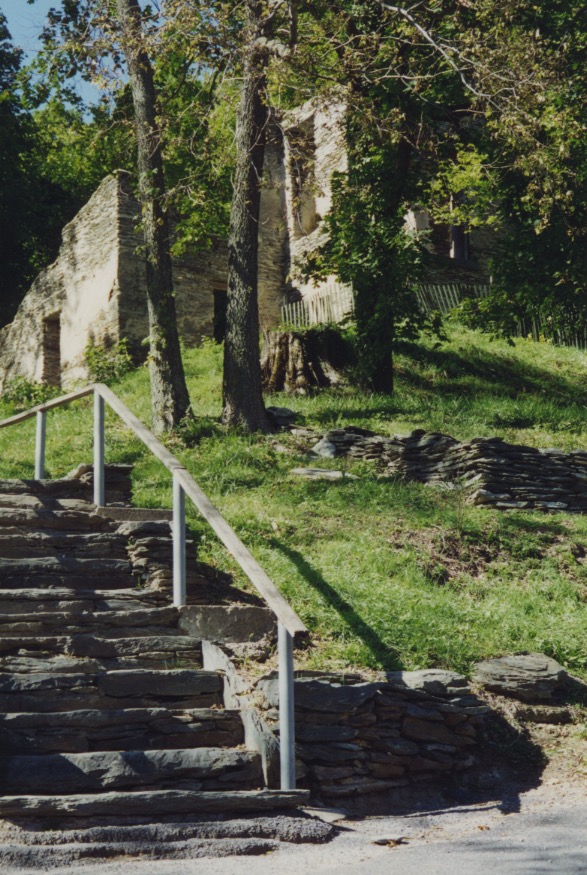 Steps up to the arsenal. 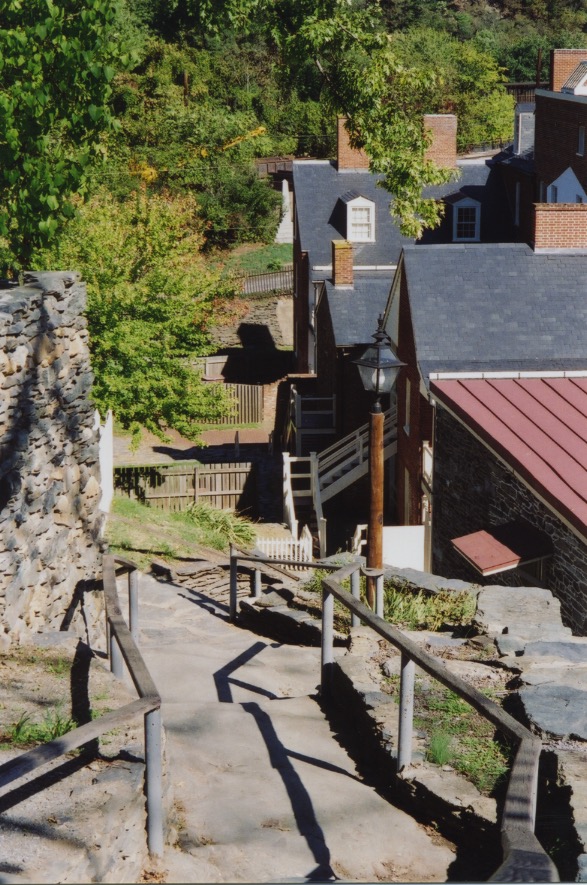 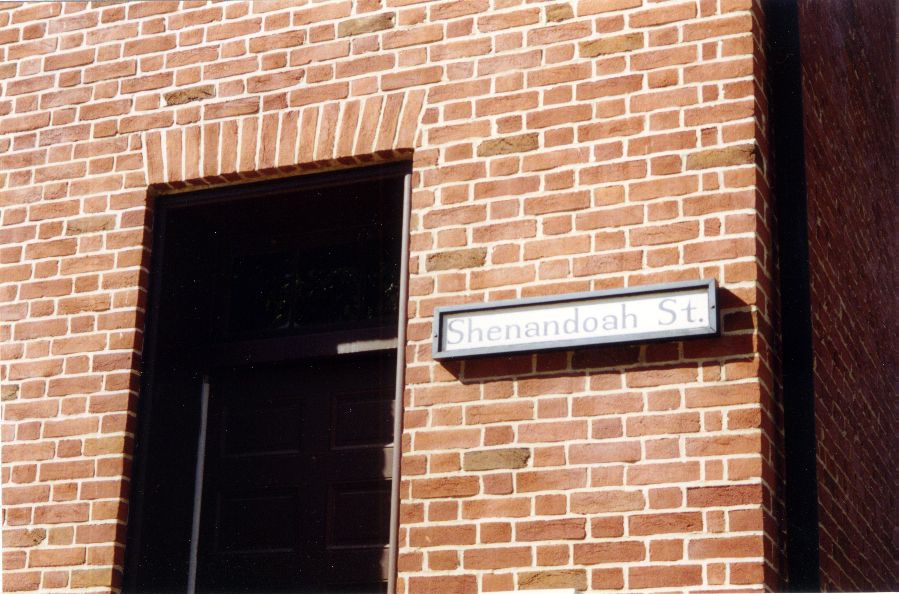 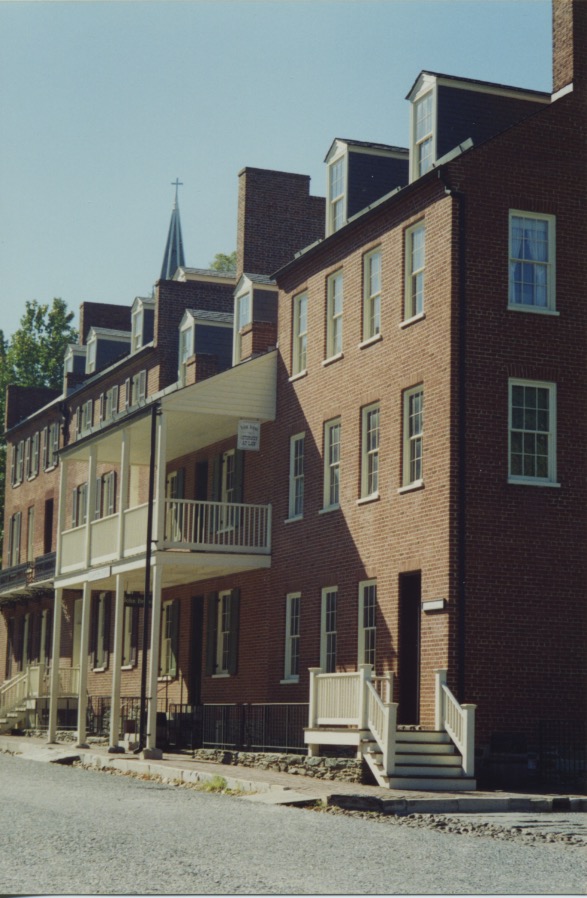 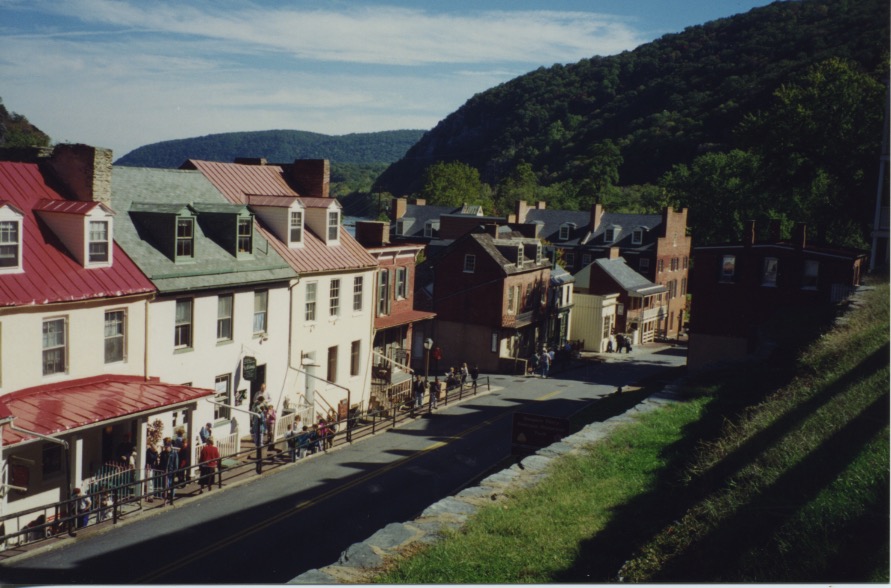 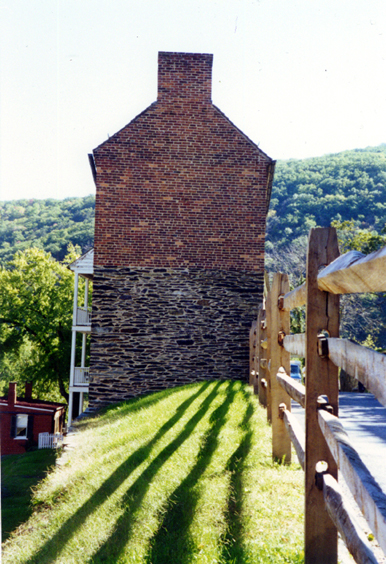 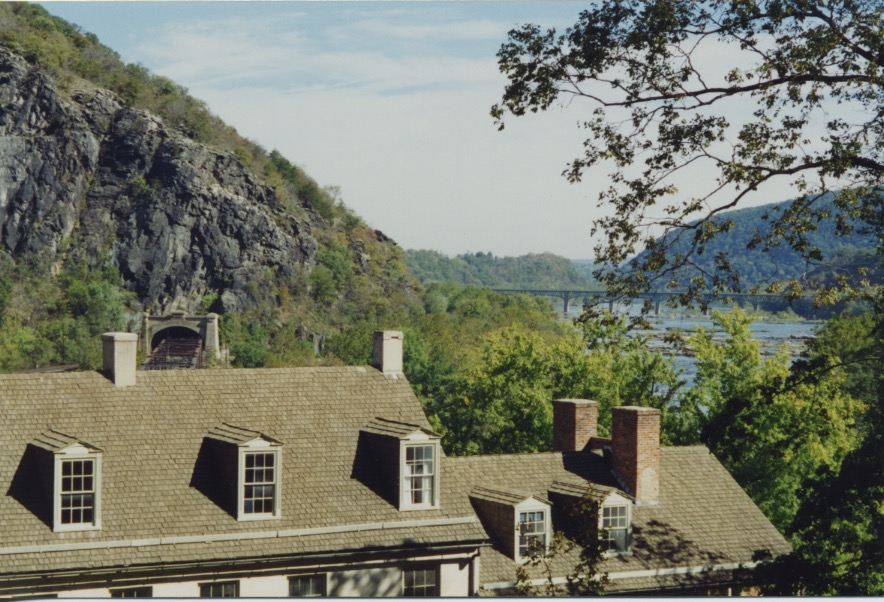