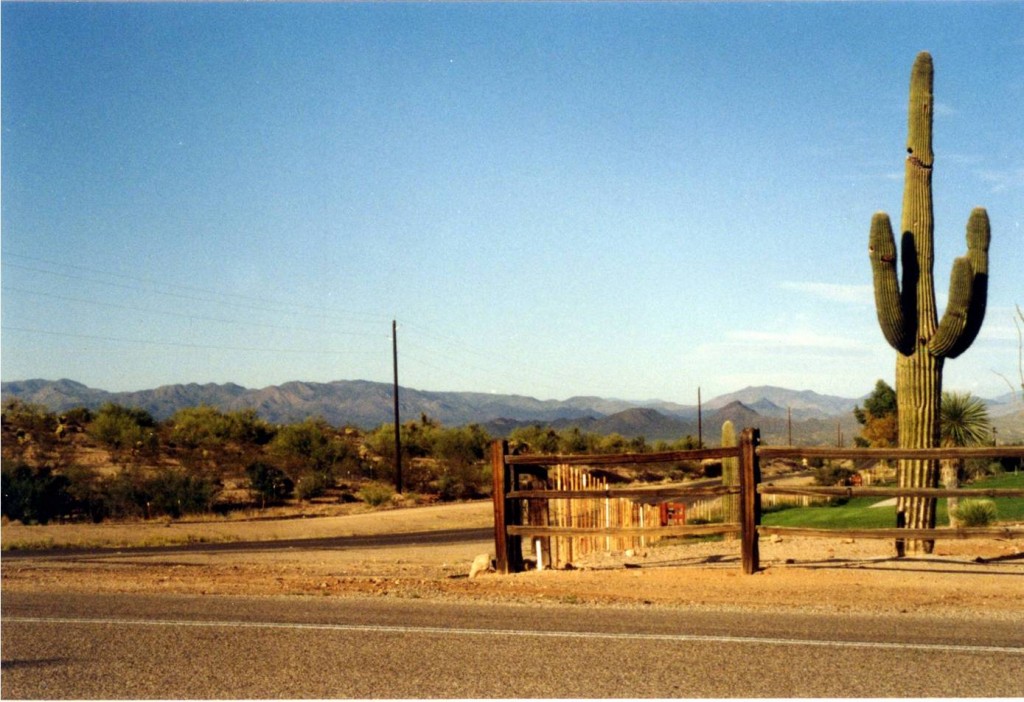 Howdy. This is a saguaro cactus at Coolidge, Ariz., near the Casa Grande Ruins National Monument, between Phoenix and Tucson. The saguaro (pronounced sah-wah-roh) will grow only on the Sonoran desert in Southern Arizona. The saguaro cactus grows very, very slowly. A baby saguaro grows one inch in 10 years; by 95 to 100 years it may start to produce its first arm; by 200 years the saguaro cactus has reached its full height, 45 to 70 feet. I’ll wager that if the cactus I stood before and photographed could talk, it would tell you stories of the Old West that would make your skin prickle. The local Tohono O’Odham people viewed the saguaro cactus as a different type of humanity, not as a plant. They considered the cacti as respected members of their tribe. You can read more about this fascinating cactus here: Organ Pipe National Monument. I shot this photo on one of my road trips across country. I love Arizona and have explored nearly all of the state. Every time I go there I don’t want to leave. 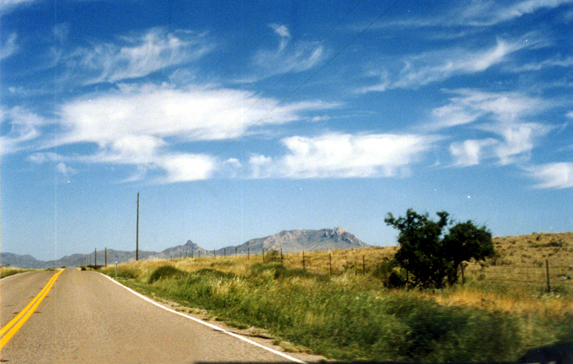 I love Southern Arizona, around Tucson, the best. Below are some scenes: 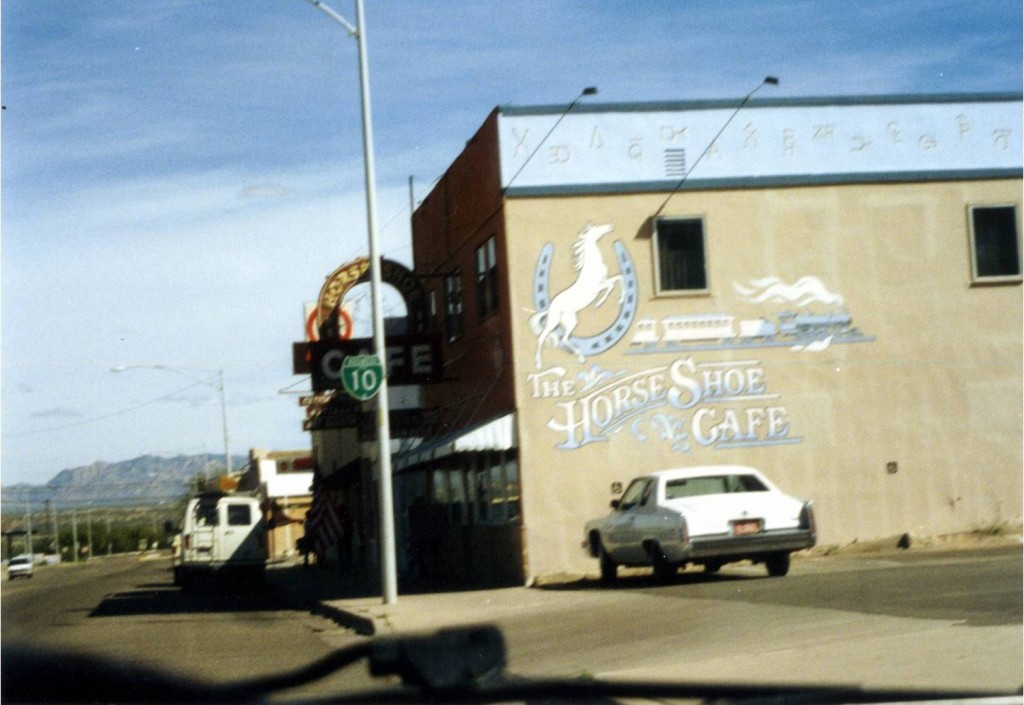 The venerable Horseshoe Cafe, a historic landmark, has been in operation since 1938. Whenever I travel to Tucson, I make a point to stop in nearby Benson, on Highway 80 (business route Interstate 10), and eat at the Horseshoe Cafe. I visited a few times in the 1980s and ’90s; but it’s been now 20 years since I was there. The Horseshoe Cafe not only has historical ambience, but also Vern Park murals on the walls depicting scenes of the Old West, a jukebox and plenty of great food and service. Folks are friendly here. It turns out that my waitress was good friends with a young woman from Benson whom I worked with in Los Angeles; and the young woman in L.A. had told me about Cody, the buffalo, from a Benson ranch. Cody is a celebrity: he was the buffalo in “Dances With Wolves,” the 1990 movie.

Here’s an Old West tale about the Horseshoe Cafe and one of its residents. http://www.examiner.com/article/spirits-at-the-lucky-horseshoe-cafe-benson-arizona. Note that the painting on the west wall when I took my photo in 1994 (the uppermost photo below) now has Ghost Riders added to it, evidenced in the more recent 2010 Examiner photo (middle), and the next one. 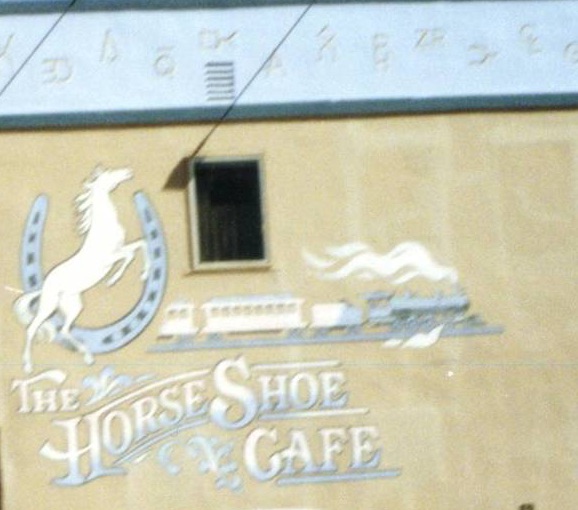 Below is the Horseshoe Cafe with the recent recreation of the Ghost Riders painted on the wall by Doug Quarles. This photo below is not mine. I took it from the 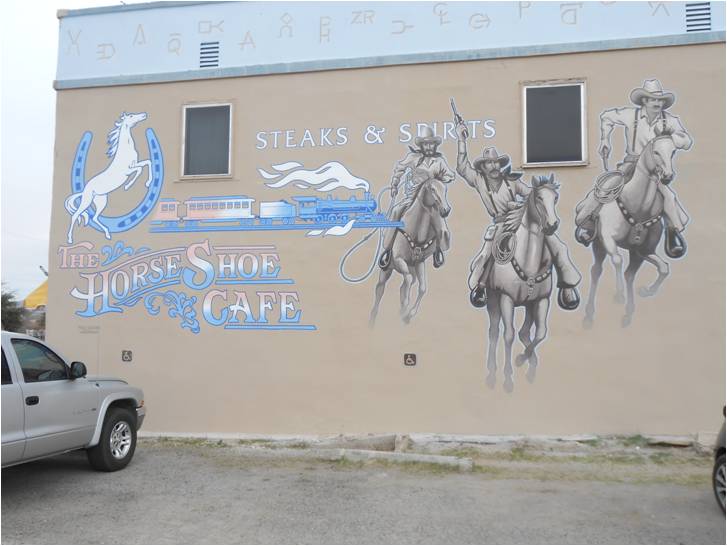 I owe the town of Bisbee more than just a drive-by photo, shot from my car window. I ran out of time. I wish I could have stayed longer. I reckoned I’d come back someday soon. These are the copper hills surrounding Bisbee, located 92 miles southeast of Tucson, close to the Mexican border. Bisbee has a quirky history and an open-pit Copper Queen Mine. But more minerals than copper are unearthed from the mines here in the Mule Mountains — gold, silver, a high quality turquoise (Bisbee Blue), cuprite, aragonite, wulfenite, malachite, azurite and galena. 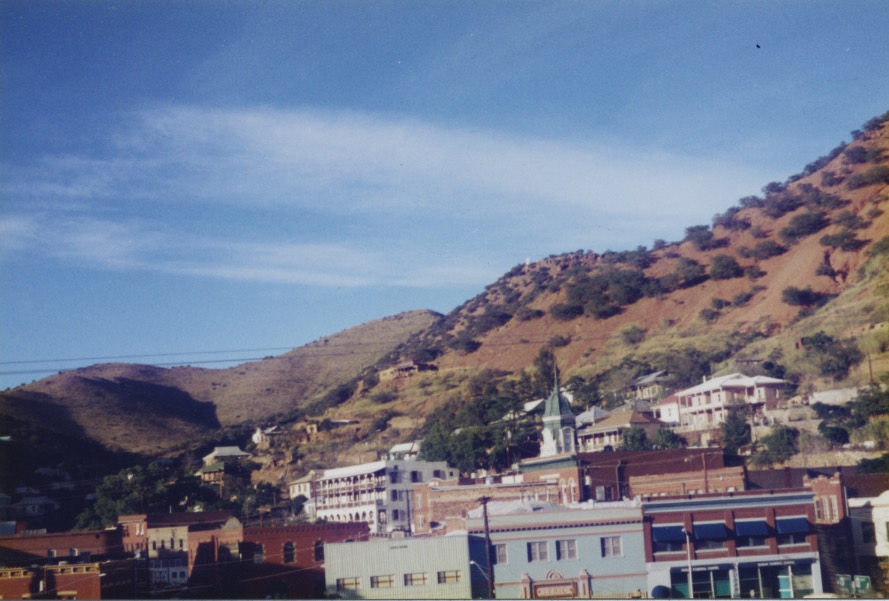 In 1929 the Cochise County seat was moved from Tombstone to Bisbee, where it remains.

Tombstone is one of my favorite places in Arizona. Unfortunately, it has become commercialized, so it’s hard to get authentic pictures of how the town looked in the days of the Clantons, Doc Holliday and the Earps. 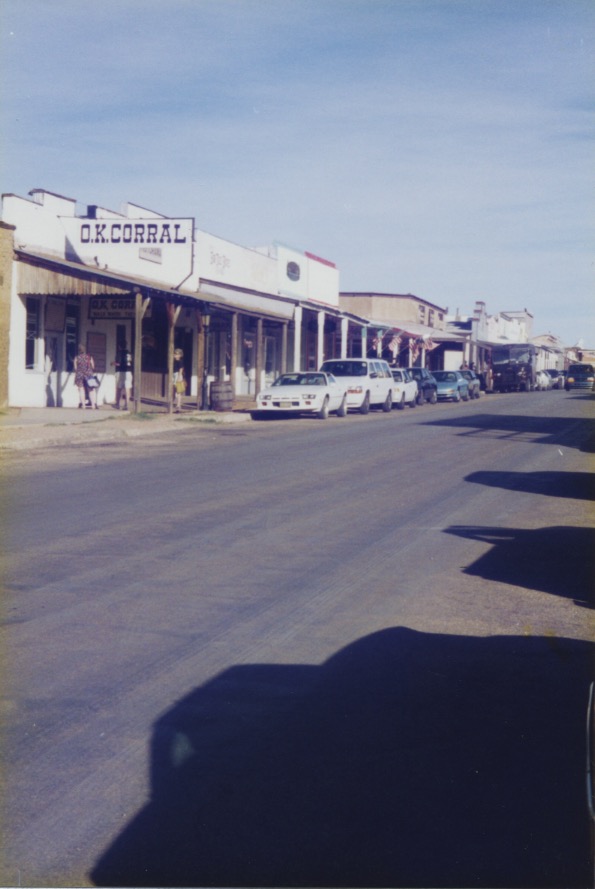 The O.K. Corral occupies a small open space to the left of the store. 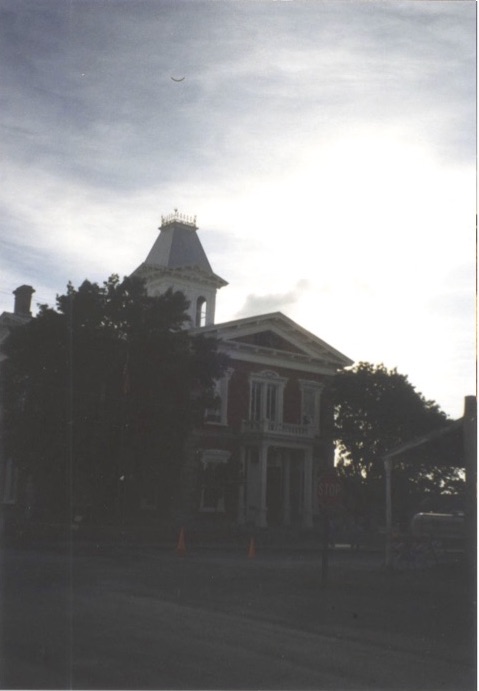