A-Z Challenge Reflection 2015: One Thousand and One Tulips

Look through the window and you will see Moriarty, the Phantom of My Blog, and me sitting on the low, stone wall by the folly, a short walk across the meadow from my blog. We are eating sandwiches and discussing the tulips growing here at the base of the wall. Dickens, Moriarty’s black, fluffy dog, lies in the grass, snapping at bees.

The warm sun and the buzzing of the bees lull me into a reverie. “The colors of the pure white tulips and the deep pink ones make me think of the richness I derived from taking up my first A to Z Blogging Challenge this year,” I say.

Moriarty takes a bite from his sandwich, tossing Dickens a piece. “I thought you didn’t want to go all back through telling your stories of your dementia caregiving for Emma, your mother, yet you went ahead and chose it as your A to Z theme.” He pours himself more lemonade from the thermos.

“I’m hoping to save the maidens,” I say. “You know, like Scheherazade did.

“The tales of the one thousand and one nights originated in Persia and then spread throughout the Middle East, Egypt and India, and were added to.” I offer my cup for a refill. “Tulip is derived from the Persian word for turban,” I tell him.

“A very long time ago, the Sultan, upon learning that his wife and his brother’s wife had been unfaithful, deduced that all maidens once married became unfaithful, so each night he took a new maiden for his bride and then in the morning had his vizier behead her.

“To save the maidens, Scheherazade, the vizier’s daughter, offered herself to the Sultan. Each night Scheherazade told the Sultan a story, but she didn’t finish it; so the Sultan couldn’t behead her because he wanted to hear how it ended. He brought her back night after night, until finally he realized that not all women are unfaithful.”

I take a sip from my cup. “Mmm, this is good. You made this lemonade this morning?”

“Yes,” says Moriarty. “Lots of sugar, lots of ice, made in a metal pitcher — the secret.”

I continue: “So, I hope that by telling and retelling my stories here of Emma’s and my journey through her dementia that they will help others in similar situations. In my days as caregiver I didn’t know where I was going or what would happen next.

“It was like that time you came up behind me on the blog catwalk and nudged me over the edge and I fell into a heap of backdrops and I didn’t know which scene I was in, what my role was. I thought I was speaking English to an English-speaking audience, but they did not comprehend.”

Moriarty smiles an enigmatic smile — or is it diabolic…?

“So, anyway,” I say, “I thought that my taking up this A to Z Challenge and retelling my stories would draw attention to my two books on Emma’s and my experiences, but I gained something far richer — the blooming of one thousand and one tulips: new acquaintances, positive support, new knowledge, extraordinary writers from around the world. And, too, for myself I derived a new self-discipline of sitting down each morning for about three hours and writing.

“I thank Arlee Bird and his co-hosts and minions for providing us this opportunity. Additionally, on non-WordPress sites, I learned to copy my comments ahead of posting them before Captcha methodically folded them and sailed them into a black hole, and to include my name and blog URL in my comments. Especially I thank those wonderful writers, who no doubt bloggy-eyed as I, took the time to visit my site and leave the most heartwarming and encouraging comments.”

“Some of them said they liked me,” says Moriarty.

“Will you take up the Challenge again next year?” he asks. “Can’t you make less mess with the drafts?”

Suddenly Dickens spots a rabbit and takes off after it.

“There goes a character, running off ahead, chasing rabbits without me,” I reply.

Here are some good friends and terrific writers and thinkers I met along the way:

.
This entry was posted in A-Z 2015. Bookmark the permalink.

24 Responses to A-Z Challenge Reflection 2015: One Thousand and One Tulips 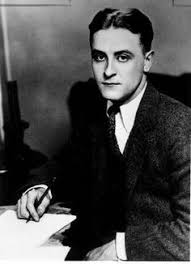