Lunch on the C&D Canal

The Chesapeake and Delaware Canal was built to connect the Chesapeake Bay with the Delaware River, to save time transporting goods mainly between Baltimore and Philadelphia. The canal was completed in 1829, originally a lock canal, now a sea level canal. In the 1920s the federal government assigned ownership and operation of the C&D canal to the United States Army Corps of Engineers. Wikipedia offers a good account of the canal’s fascinating history since its inception in the 17th century.

One fine October afternoon at the end of the 20th century my mother took me to lunch at the Chesapeake Inn overlooking the C&D Canal and marina in Chesapeake City, Md. Here are some photos I took during our visit. 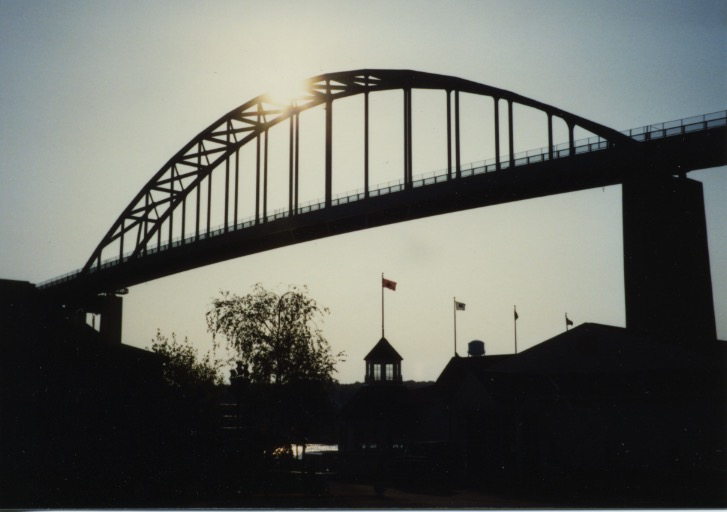 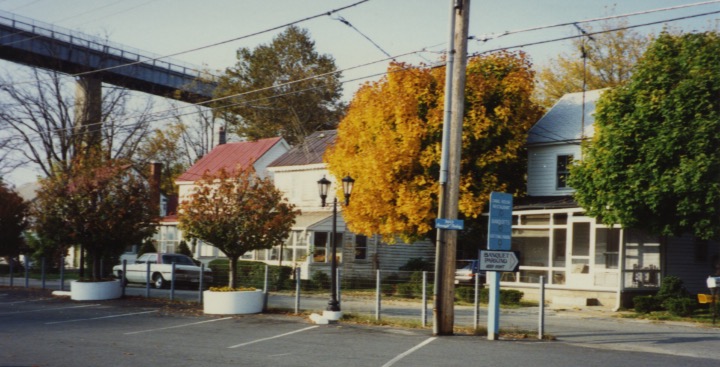 Below, more scenes along the canal: 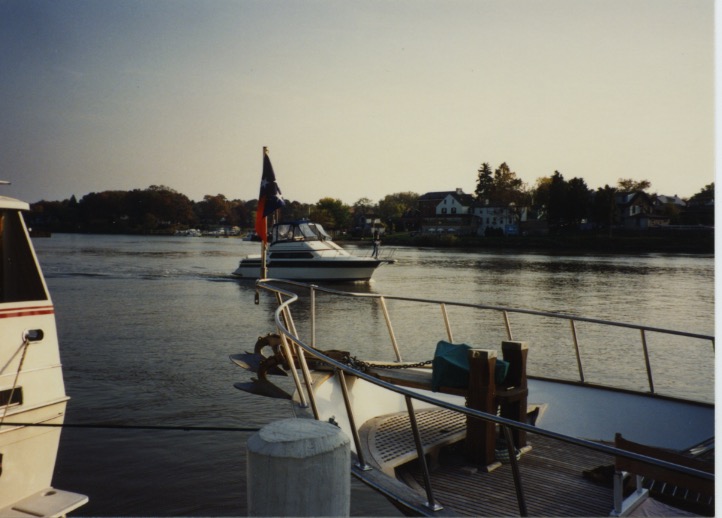 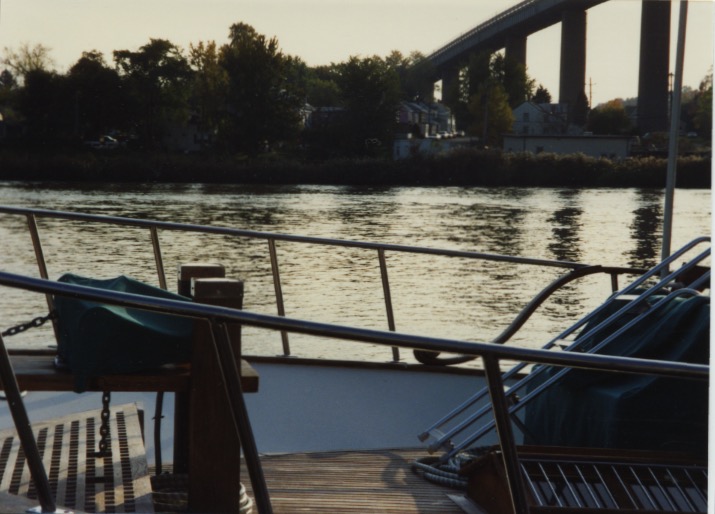 A barge went by when we were eating lunch and I tried to get a photo through the restaurant window, but mostly what I got were our reflections. 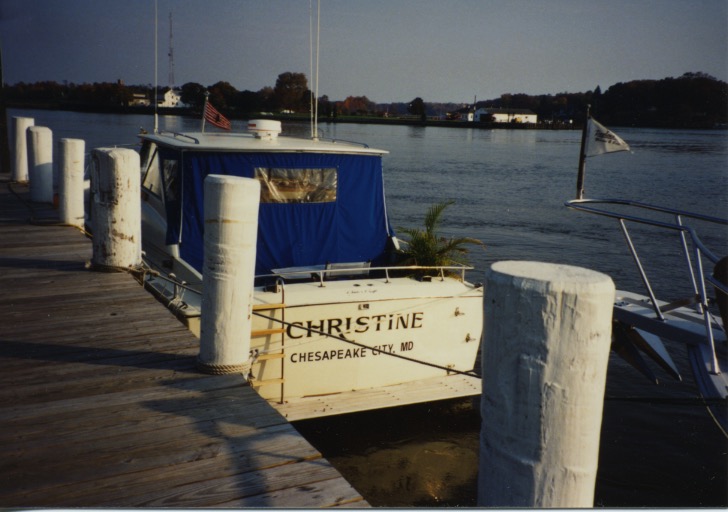 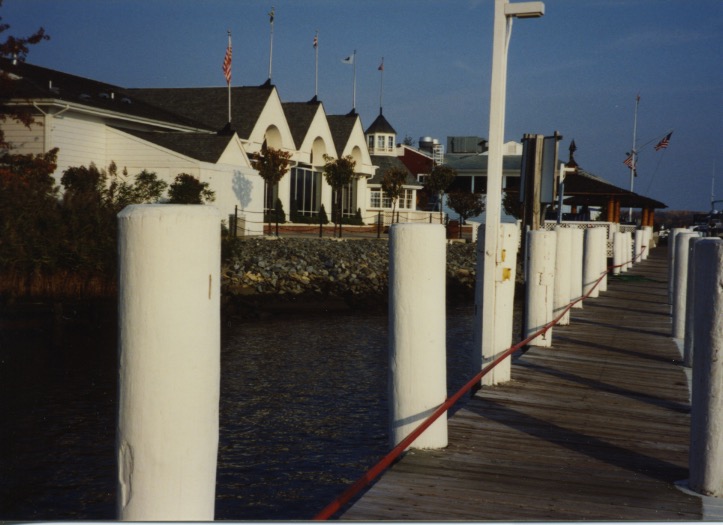 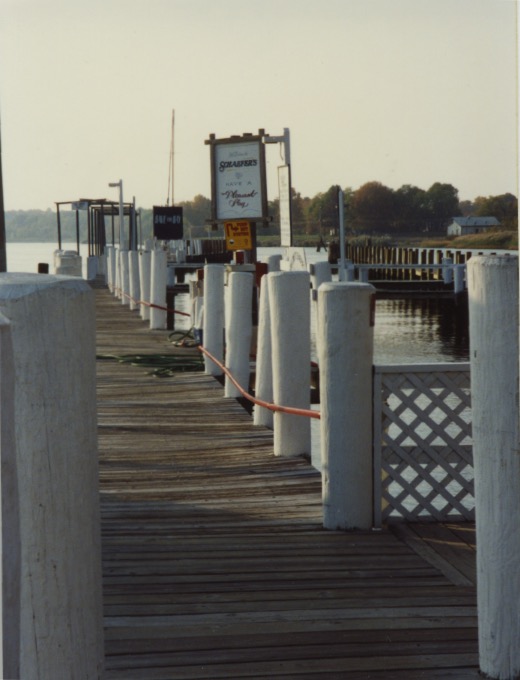 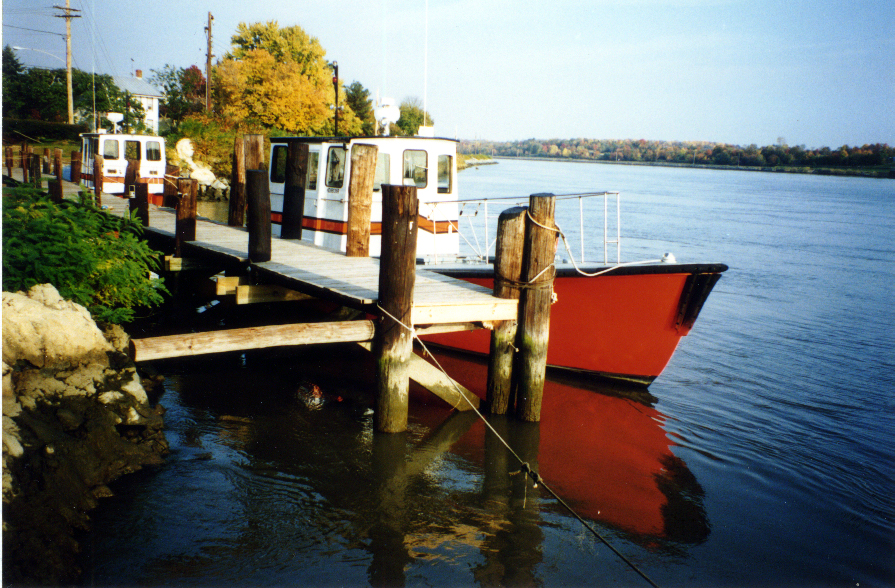 “Red Boat” — An enlargement of this photo was exhibited in a gallery in Naples, Fla., on Fifth Avenue South. 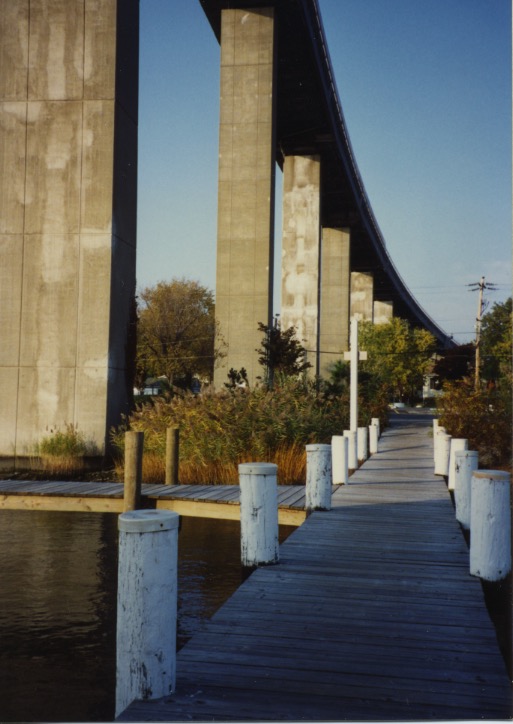 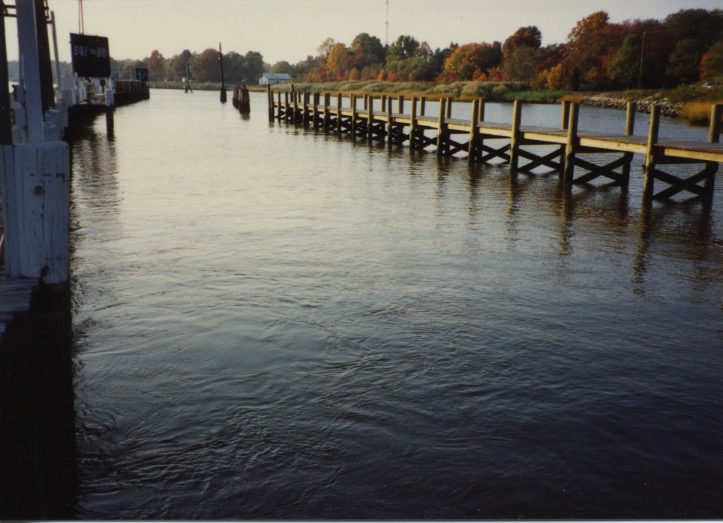